Be the first one to hear about our latest films on our Facebook page!

All films will be shown in the Teatro Santa Ana, Biblioteca Pública
Relox #50A, San Miguel de Allende 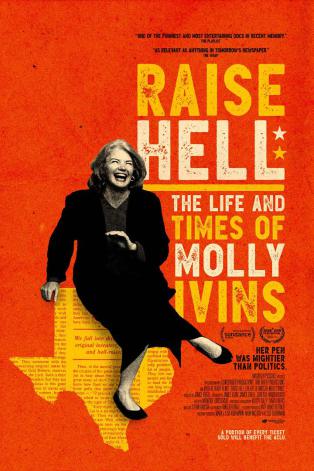 RAISE HELL:  THE LIFE AND TIMES OF MOLLY IVINS

RAISE HELL: THE LIFE AND TIMES OF MOLLY IVINS tells the story of media firebrand Molly Ivins, six feet of Texas trouble who took on the Good Old Boy corruption wherever she found it. Her razor sharp wit left both sides of the aisle laughing, and craving ink in her columns. She knew the Bill of Rights was in peril and said, “Polarizing people is a good way to win an election and a good way to wreck a country.” Molly's words have proved prescient. Now it's up to us to raise hell!

Carlisle Vandervoort is a born and bred Houstonian, whom after successful careers in both film production and promotions/public relations in NYC and LA, returned to Houston. Carlisle shares much with Molly Ivins in addition to the trappings of a privileged childhood of private schools and the debutante party circuit. Both had family involved in backroom business dealings in the oil and gas business during the 1960s as that industry was coming of age. Activism runs deep in Carlisle’s roots and she invokes the true Texas spirit that Molly Ivins embodied. Her paternal grandmother took on the race issue in Houston in the 1950s and 1960s as an early advocate of school integration while serving on the Houston School Board. This position resulted in vitriolic hate mail and cross burnings in her front yard. Continuing in her grandmother’s shoes, Carlisle has been a GLBT rights activist for near three decades. 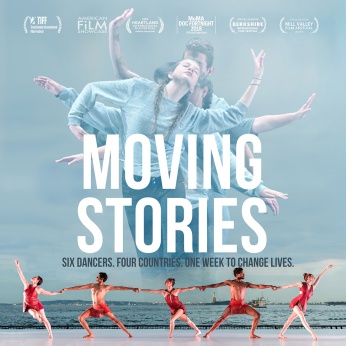 Tuesday and Wednesday, February 25 and 26 at 2PM

MOVING STORIES is about six dancers from the acclaimed Battery Dance Company who travel the world, working with youth who’ve experienced war, poverty, prejudice, sexual exploitation, and severe trauma as refugees. The film follows them to India, where they work with girls rescued from sex trafficking and gender violence; to Romania, with Roma (gypsy) kids from one of Europe's worst slums; to South Korea, with young North Koreans who risked their lives to escape; and to Iraq, where they work with a gifted young Muslim dancer, fighting to survive.

Cornelia Ravenal has won accolades as a writer and producer of theater and film. She was a producer of the NY Times Critics Pick NIRBHAYA off-Broadway.Her films have been screened at more than 25 film festivals and won five "Best" awards. As founder of WIP (Women Independent Producers), she’s an activist for women in the industry. Previously, she worked as a journalist in the U.S. and India.

Mikael Södersten has worked on over 60 narratives and documetnaries in the U.S. and his native Sweden. As Scandinavia’s leading script doctor, he has developed winners at Sundance and Tribeca, including LET THE RIGHT ONE IN and the Oscar-nominated TINKER TAILOR SOLIDER SPY. As a filmmaker, he produced and directed several award-winning shorts and two films broadcast on Swedish TV. 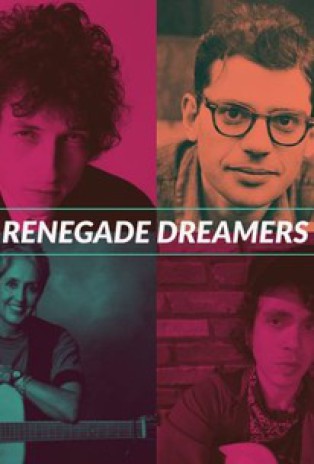 Tuesday and Wednesday, March 3 and 4 at 2PM

Seven years in the making, RENEGADE DREAMERS celebrates Beat poetry and folk music history, exploring what it means to be a renegade and what it means to be a dreamer for the newest generation of political artists. For award-winning director Karen Kramer, it is now, more than ever that we should question authority and challenge the social norm. With appearances by Bob Dylan, Allen Ginsberg, Wavy Gravy, Joan Baez, Woody Guthrie, Maria Muldaur, Tom Paxton, the Weavers — and some of the best young artists you haven't yet heard of — this timely film is loaded with protest, history, music, and poetry to create a documentary that champions what it means to be a renegade and dreamer in the United States.

Karen Kramer has been a documentary filmmaker since 1978, when her groundbreaking film about a small snake handling church in Appalachia was released to widespread acclaim. Since then, she has independently produced a dozen other films, which have been seen in over 50 countries on six continents. Kramer's films have received wide distribution both domestically and internationally. They have been televised on NBC, Fox 5, WNET, The Oprah Show, CNN, WLIW, and dozens of venues overseas. In addition to winning awards at festivals worldwide, they have been screened at such prestigious showcases as the Museum of Modern Art, the Whitney Museum, the Smithsonian Institution, the Field Museum, and hundreds of others. More than 150 universities show her films on a continual basis. She has lectured and toured extensively with her work — from Europe to Africa to South America — and has appeared on dozens of radio programs. 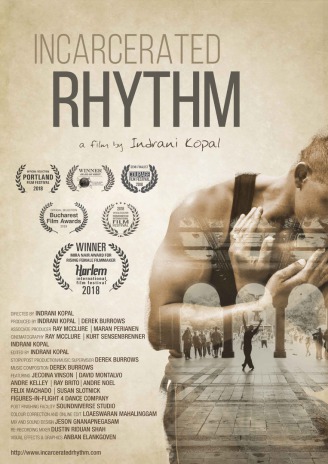 INCARCERATED RHYTHM follows six men who have been in prison for many years, who join a dance rehabilitation program led by Susan Slotnick that has never been tested before in the prison system. Upon their release, they discover that the “rhythm of freedom” is harder to find than the “rhythm of incarceration.”  The film follows six men – Andre, Ali, Ray, David, Felix, and Casper — during their first few years free after each spent over a decade learning modern dance in a federal prison in New York, the only program of its kind in the US. Now free, they have to navigate old relationships, secure a job, and decide whether to continue dancing or move on.

DEREK BURROWS is a filmmaker, master storyteller, web designer, and photographer. He is a co-founder of the Mirror of Race Project in Boston.  As a filmmaker, Derek has been working in Mexico on instructional films for health workers. His feature length film, BEFORE THE TREES WAS STRANGE, released in 2016, is a personal story about race and his family, a story about love and foregiveness.

As a storyteller, Derek specializes in Afro-Caribbean and African Diaspora tales; he has been “telling” for over two decades nationally and internationally. Derek’s work as a performer, artist, and digital technician, as well as his life-story as an immigrant to America facing the question of race, provide the inspiration for this project.